The Koza Riot/Uprising took place in the early morning hours of December 20, 1970. Koza was a bustling entertainment and shopping district just outside Gate 2 of Kadena Air Base, the largest Air Base in Asia. An American serviceman driving drunk hit an Okinawan man, also intoxicated, who was crossing the street. The Okinawan was not badly injured, but with the accident happening shortly after the acquittal of three Americans who had killed an Okinawan pedestrial earlier in the fall, the crowds who were still out and about at that late hour, surrounded the car and the policemen who had arrived, demanding that this incident not be swept under the rug. When American MPs arrived to pull the driver away, the protest turned violent with thousands gathering to try to prevent the MPs from pulling away. By the end of the night dozens of cars with American license plates had been torched, some 60 Americans and 20 or so Okinawans had been injured. 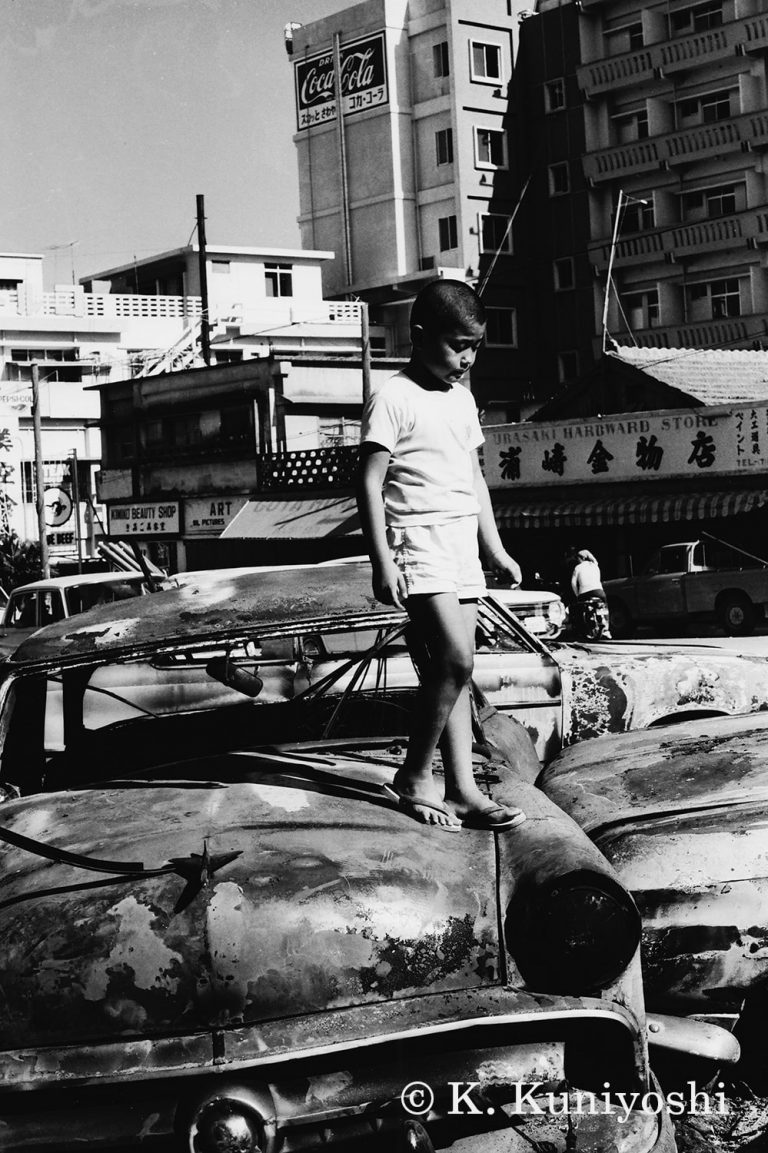 A child exploring the wreckage of a car the day after the Koza Uprising.  © Kuniyoshi Kazuo.

A child exploring the wreckage of a car the day after the Koza Uprising –  © Kuniyoshi Kazuo.

The event (“riot” to Americans, “uprising” to Okinawans) is the only time that Okinawan protests against American rule (1945-1972) turned violent. It took place in the short period between the announcement of the agreement between the US and Japanese governments to end the American control of the islands and return Okinawa to its status as a Japanese prefecture. It also took place at the height of the Vietnam War and at a point when race relations between white and black soldiers in US forces in Okinawa were at a nadir (and the tensions between the two groups increasingly impacted Okinawans).

In December 2020, OMI had the rare opportunity to speak with others about the Koza Uprising and some of its broad effects to Okinawa and Okinawa diaspora. Guest speakers Kuniyoshi Kazuo, Stan Rushworth, and Wesley Uenten were interviewed by OMI scholars Tomoko Kubota, Dustin Wright, and Alexyss McClellan-Ufugusuku. Each guest speaker touched on different aspects of the charged event, exploring topics ranging from firsthand accounts to the broader implications of the United States Military occupation of Okinawa.

This event was held in collaboration and with support from The Humanities Institute at UC Santa Cruz, a hub for academic research, cross-discipline collaboration, and public engagement.  The Humanities Institute incubates ideas and fosters innovation by funding projects, centers, and research clusters that enable faculty and students to work on some of the biggest problems of our day. 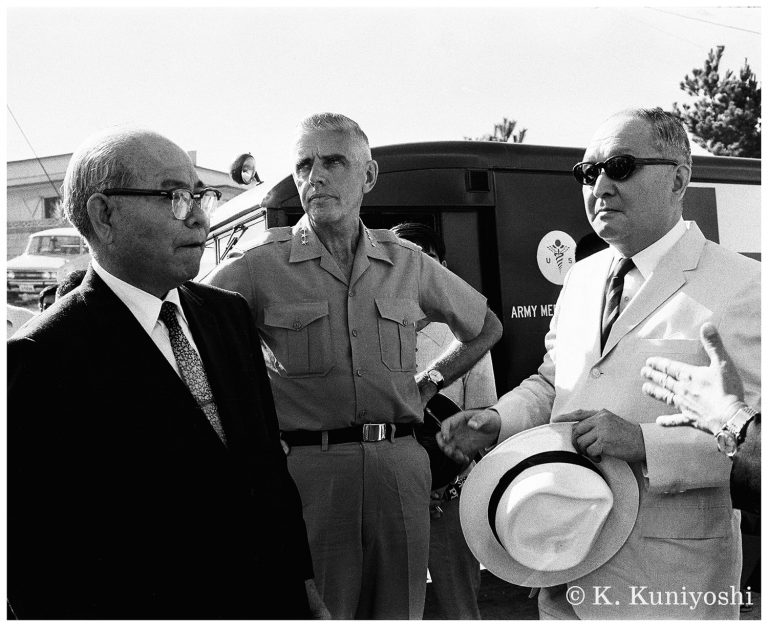 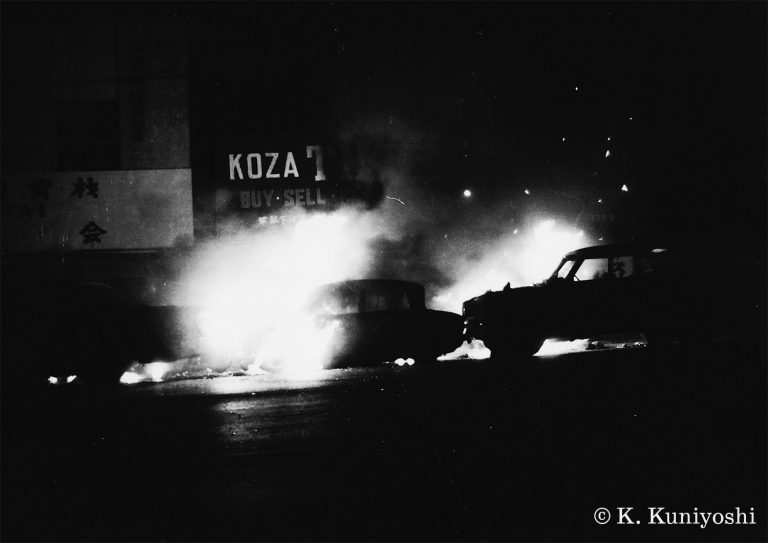 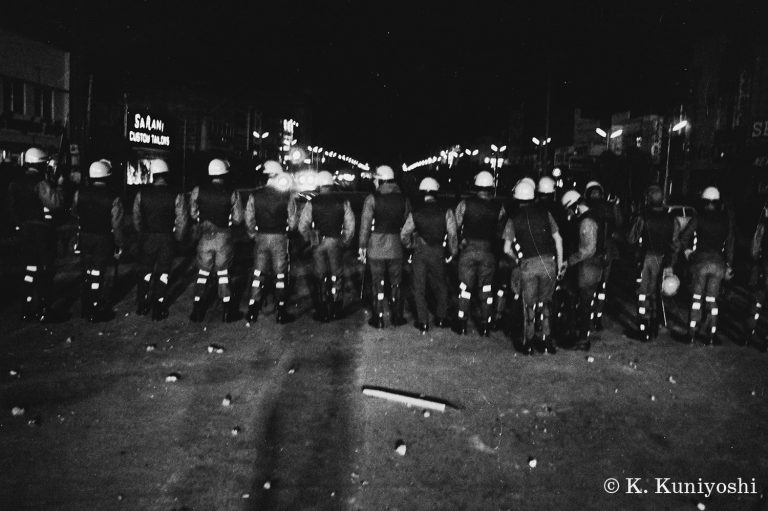 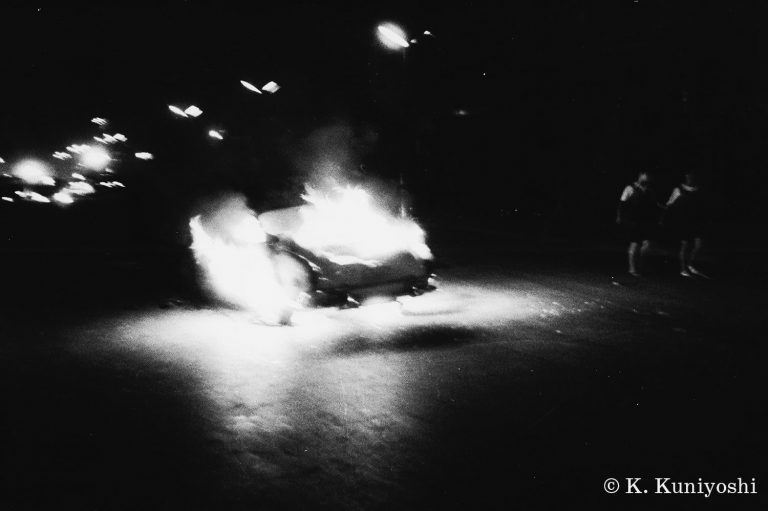 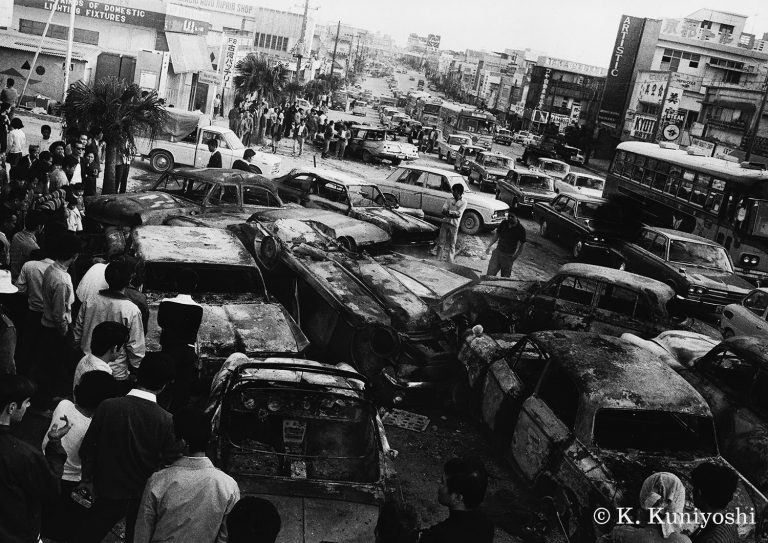 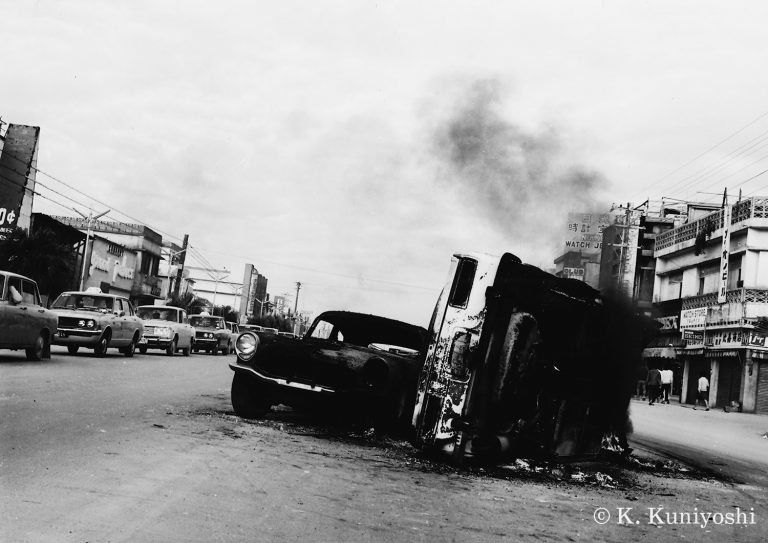 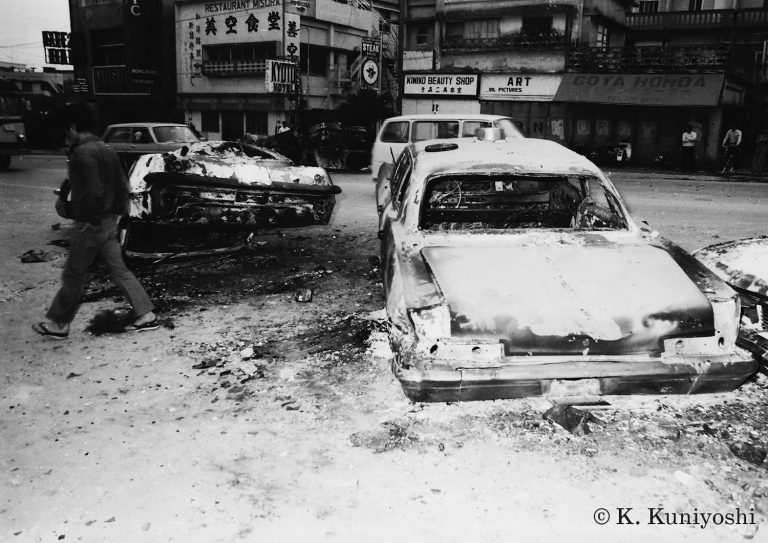 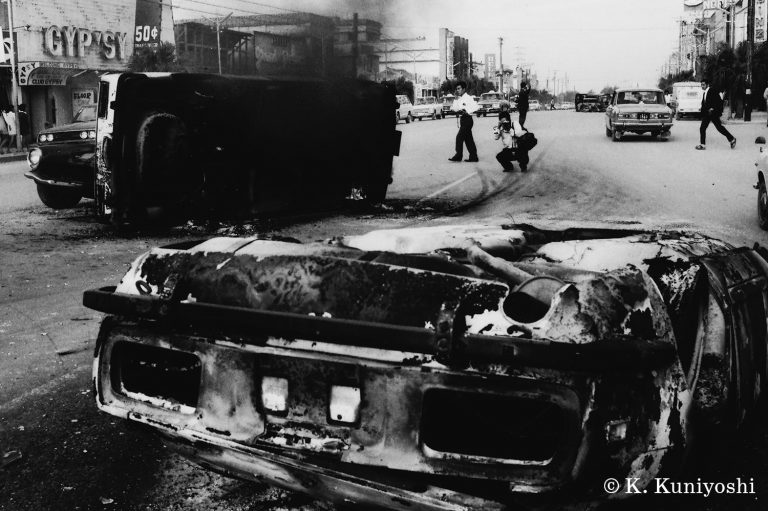 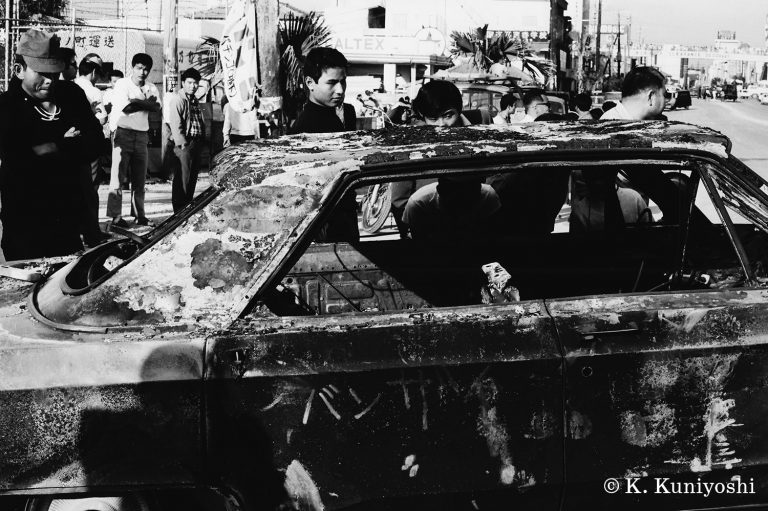 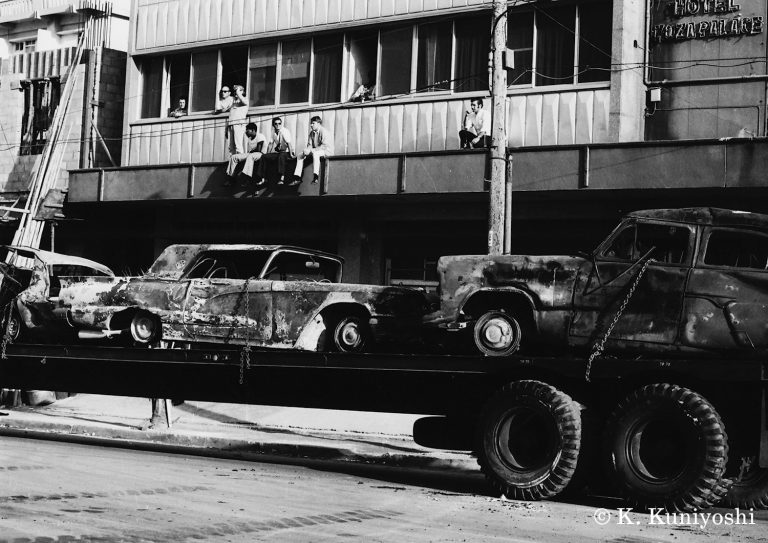 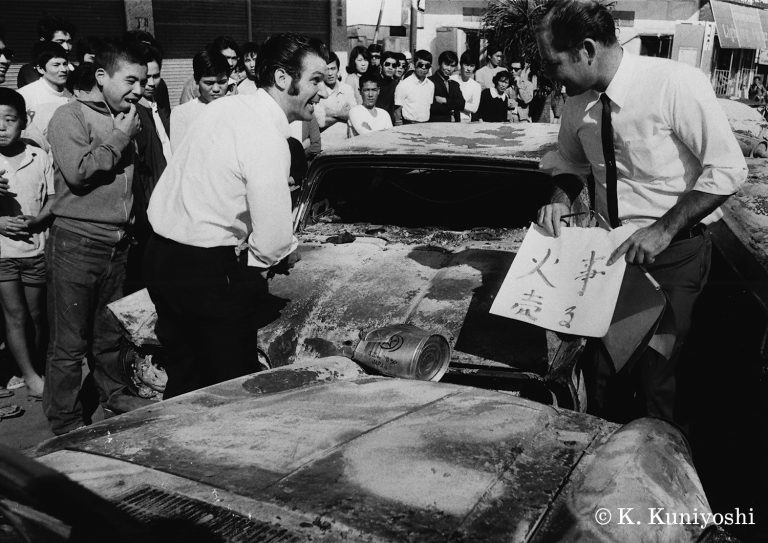 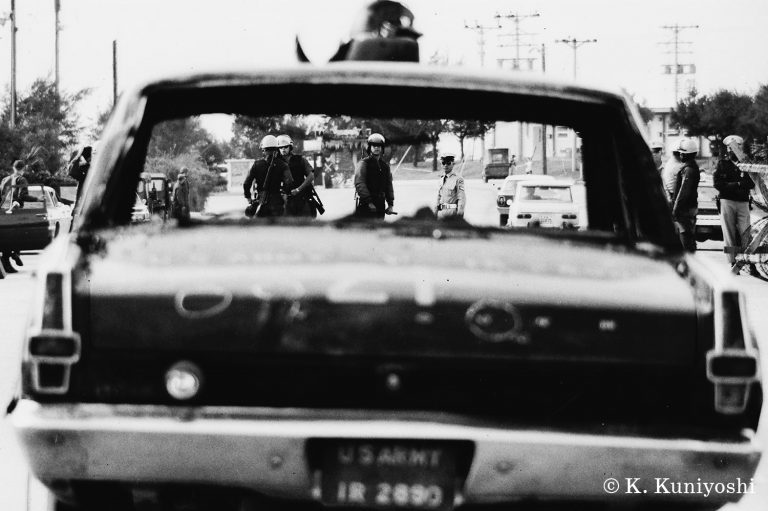 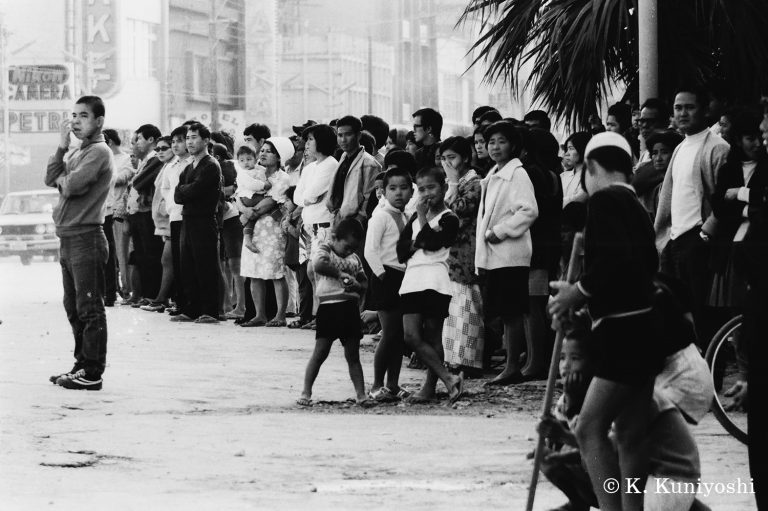 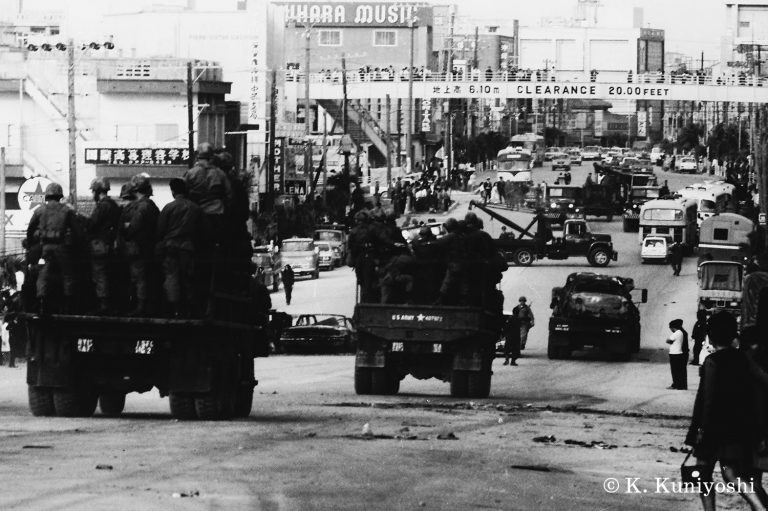 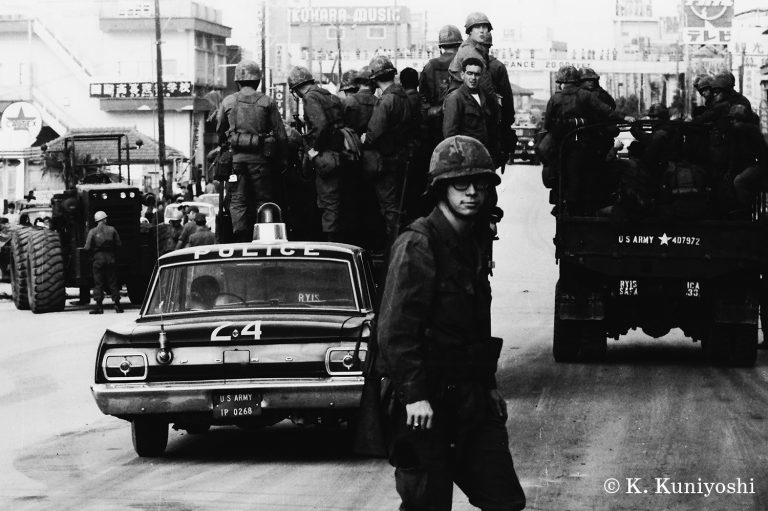 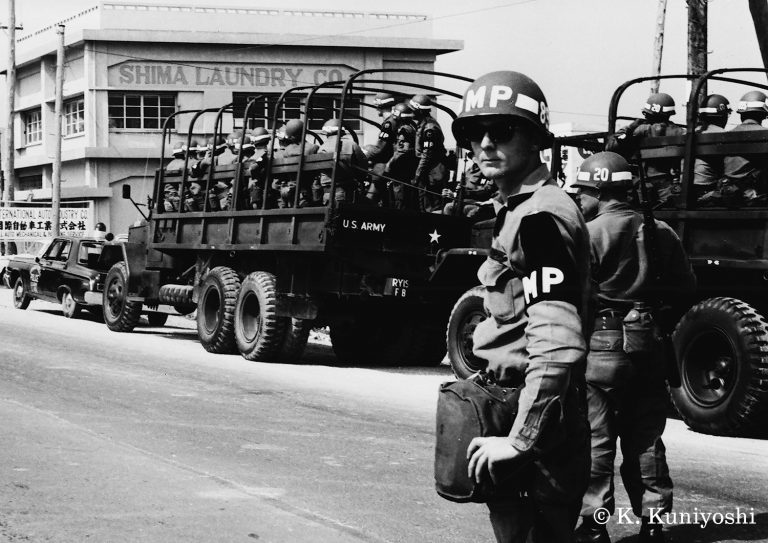 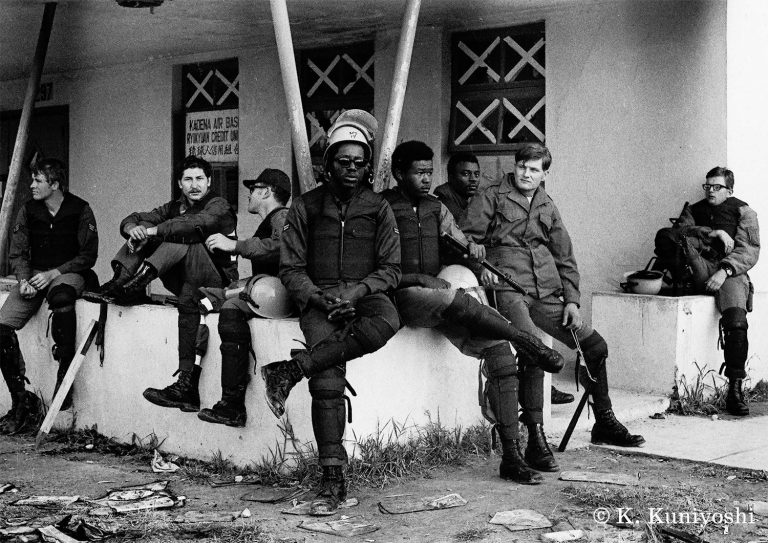 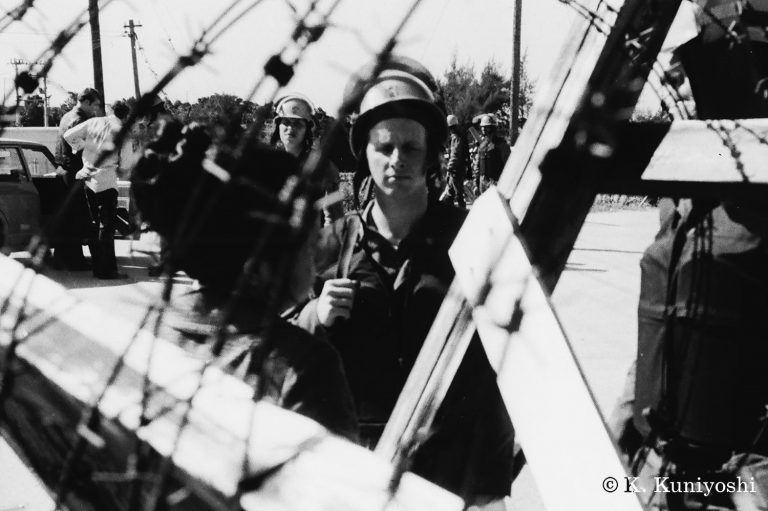 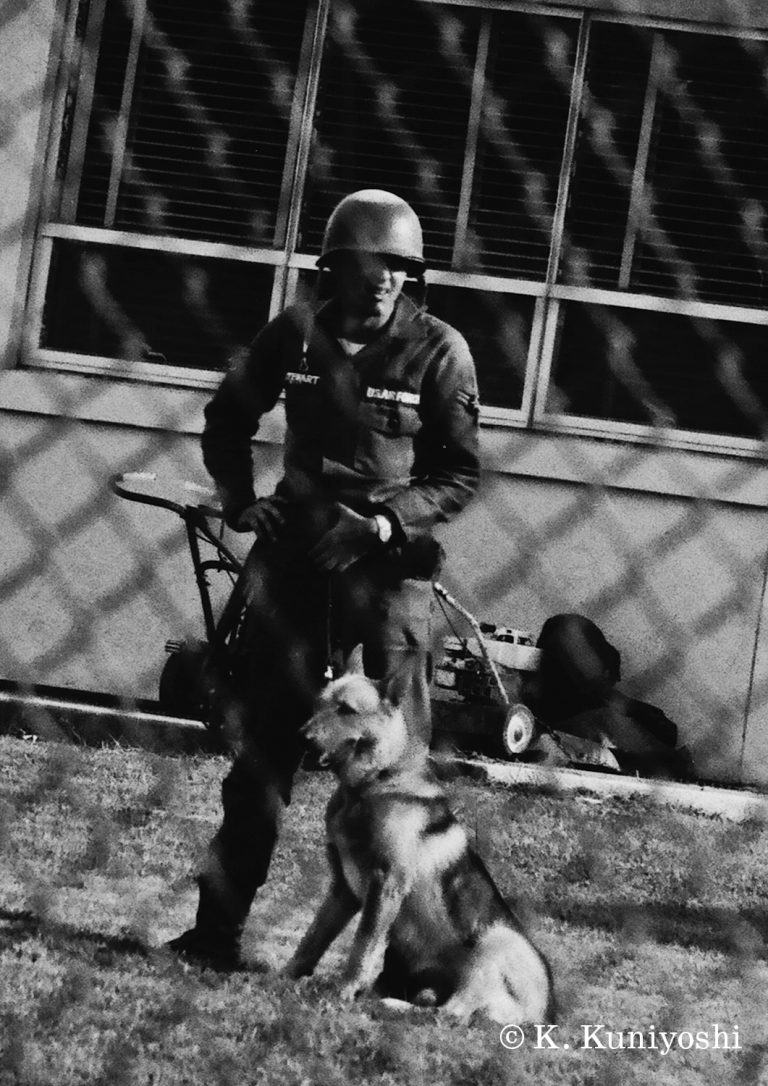 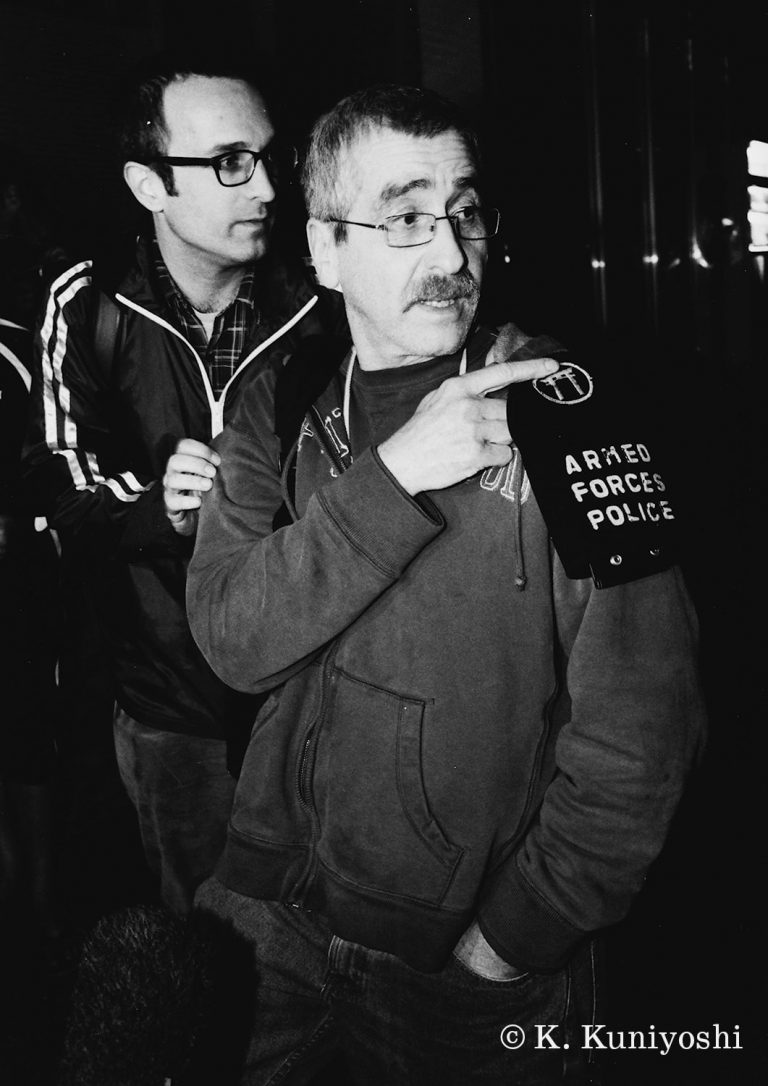 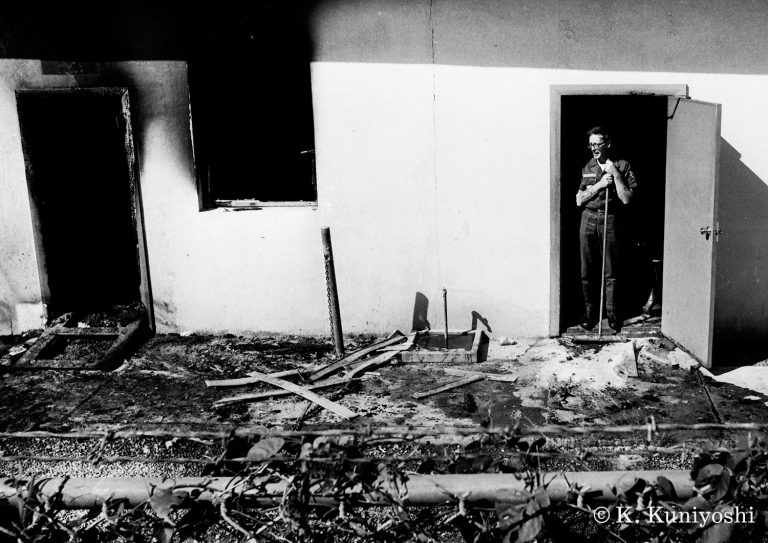 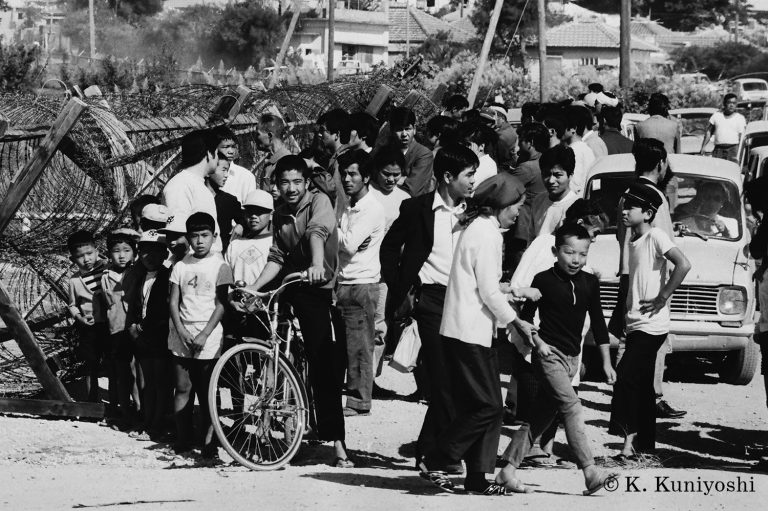 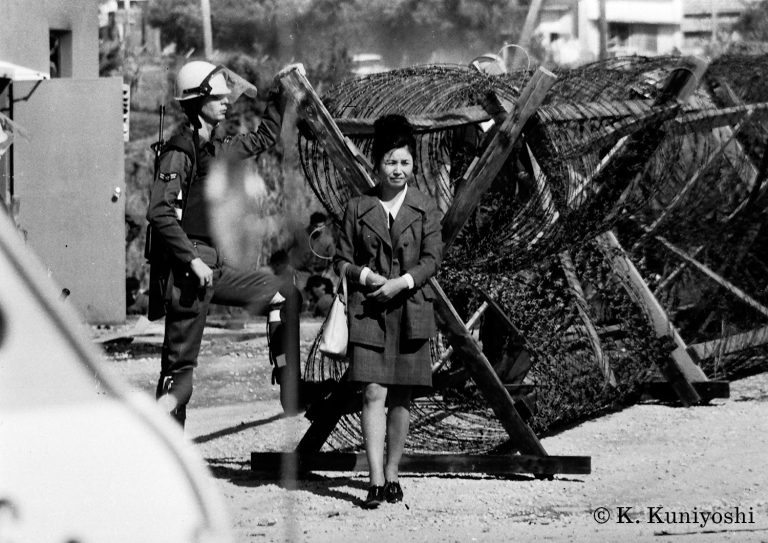 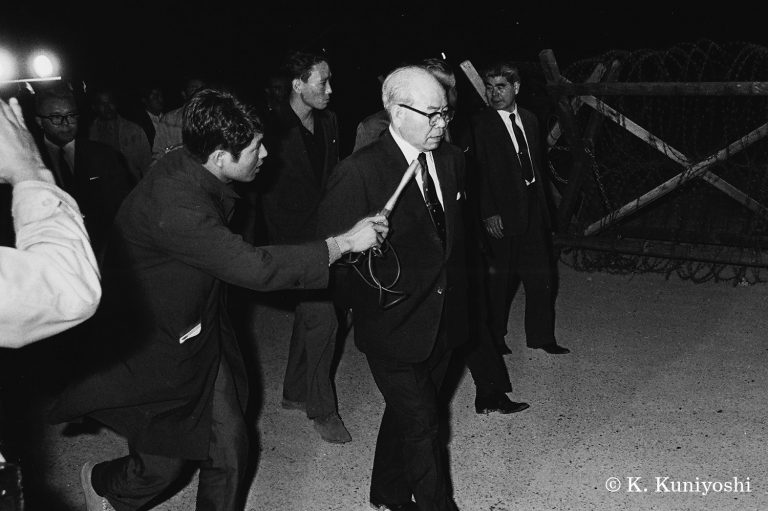 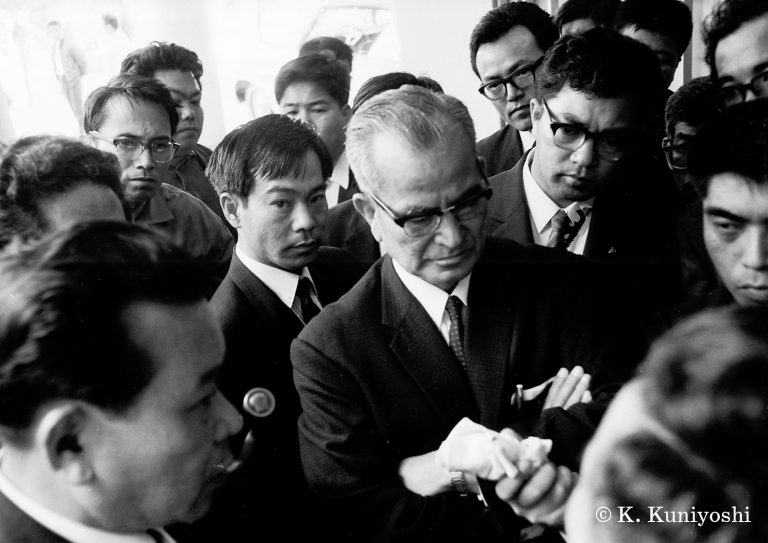 All images in this gallery were taken with permission from Kuniyoshi Kazuo’s book Stand! Published in 2012, the book has since gone out of print and contains a collection of works from Kuniyoshi’s experience as a  photojournalist.

Other resources for learning about the Koza Uprising